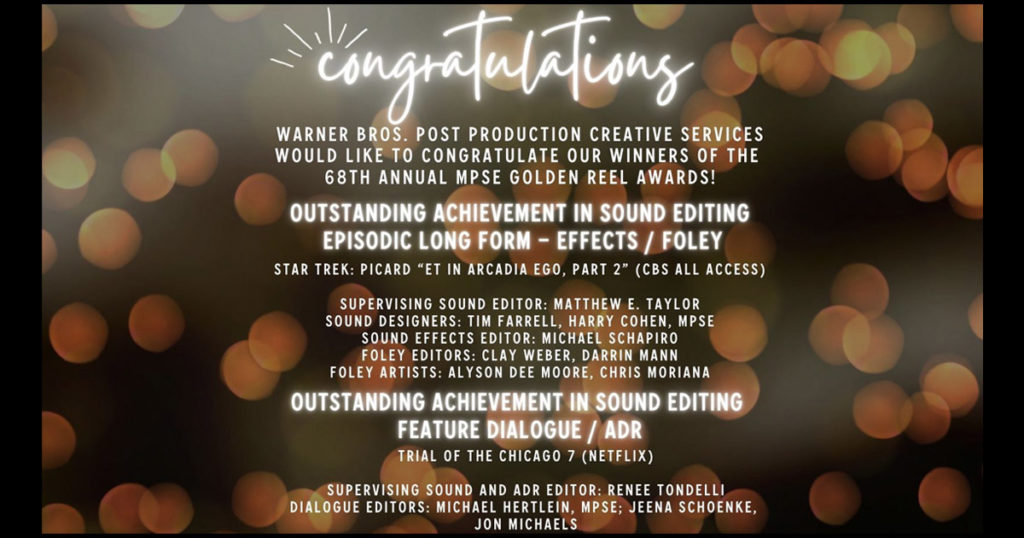 On April 16th, 2021 the annual MPSE Golden Reel Awards were hosted virtually. We are proud to announce that we had two major wins at this event. Warner Bros. Post Production Creative Services would like to congratulate the following winners for their win at this year’s MPSE Golden Reel Awards. Outstanding Achievement in Sound Editing […]