David has long term experience working on features, television shows, documentaries and webisodes for many of the major studios and independent production companies in Hollywood and beyond. He is currently working to craft modern looks in new productions and to restore the original intent of classic movies and episodic content to be remastered and restored. Complimenting the coloring process, David takes strong advantage of the cutting-edge editing and HDR tools now available within Resolve’s architecture for managing editorial and different color spaces. David is a low key, intuitive person who listens and acknowledges his clients’ needs while being the hand that helps them create their vision. He combines his strong work ethic, expertise and dedication to give each project everything it needs. He is credited as a member of The Association of Moving Image Archivists (AMIA), The International Colorists Society (ICS), The Digital Cinema Society (DCS) and a member of The Motion Picture Editors Guild (local 700). He has recently been certified as one of a select group of “Dolby Vision Certified Professionals”. He is also a certified “Black Magic Trainer” for Resolve. 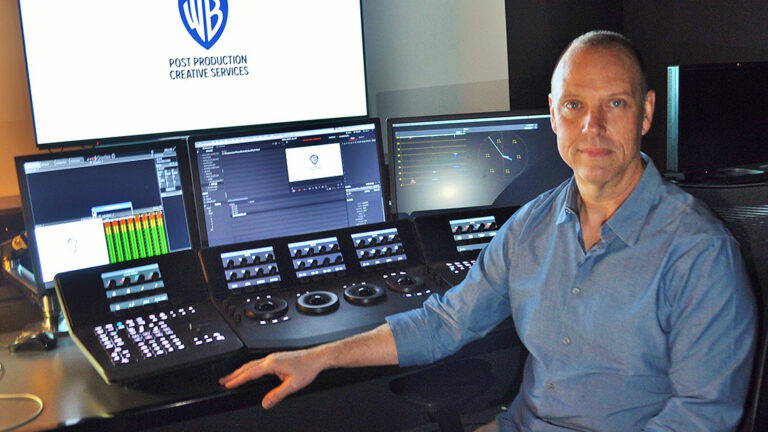 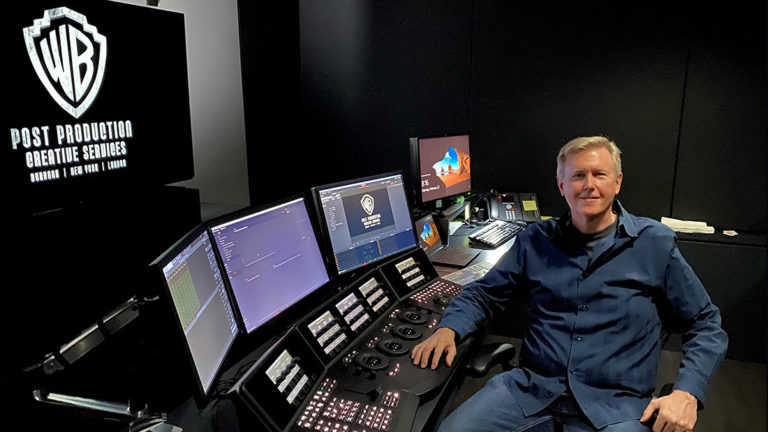 An entertainment industry veteran, Rick has been the primary final colorist for some of America’s most popular TV shows, including Parenthood, Friday Night Lights, Everybody Loves Raymond and Friends. Rick joined MPI in 2019 and has applied his talent to work on WB’s most treasured catalog titles for HBO Max; including The Flintstones, and the Looney Tunes collection.  He is proficient in the most advanced state-of-the-art systems, having worked at NBCUniversal Studios for nine years and then most recently with DigitalFilm Tree. Prior to Universal, Rick spent 11 years at Modern VideoFilm as an episodic colorist. He has also worked on telecine, tape-to-tape, and dailies color correction at Laser Pacific as well as feature mastering at Bluth Video systems. He started his career in Sacramento in 1979 at television stations KXTV and KCRA, where he worked as studio camera operator, news videographer, technical director, and on-air director of live newscasts. Rick has a BA in Communications from CSU Sacramento.

MPI colorist John Daro began his career as an Avid editor, helping FotoKem set up a film-to-disk dailies pipeline in 2001. From his position as editor, he moved into film scanning and recording. Later, with the advent of the digital intermediate process, he moved into his current role as a DI finishing artist. John’s passion for advanced imaging techniques and knowledge of post-production quickly made him a leader in the stereoscopic community, where he has delivered world-class end-to-end stereo workflows. He has worked on a wide variety of projects including Scoob!, Contagion, Smallfoot, Brockmire, Tag, and The Boxtrolls, to select a few. John’s continuing goal is to push the boundaries of both creativity and technology with the use of Filmlight’s Baselight and DaVinci Resolve platforms. 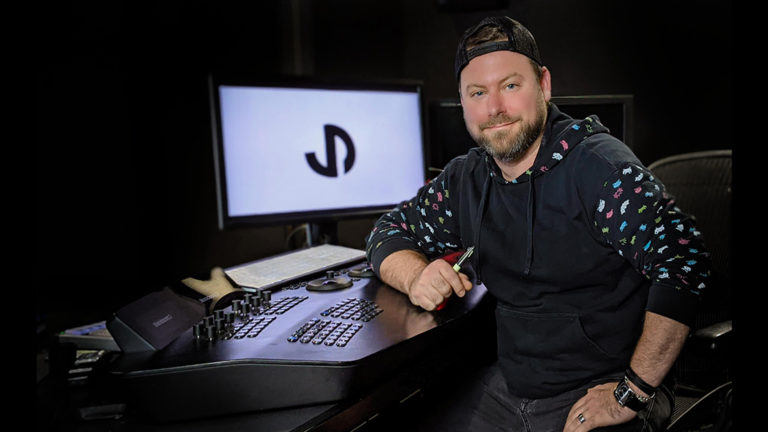 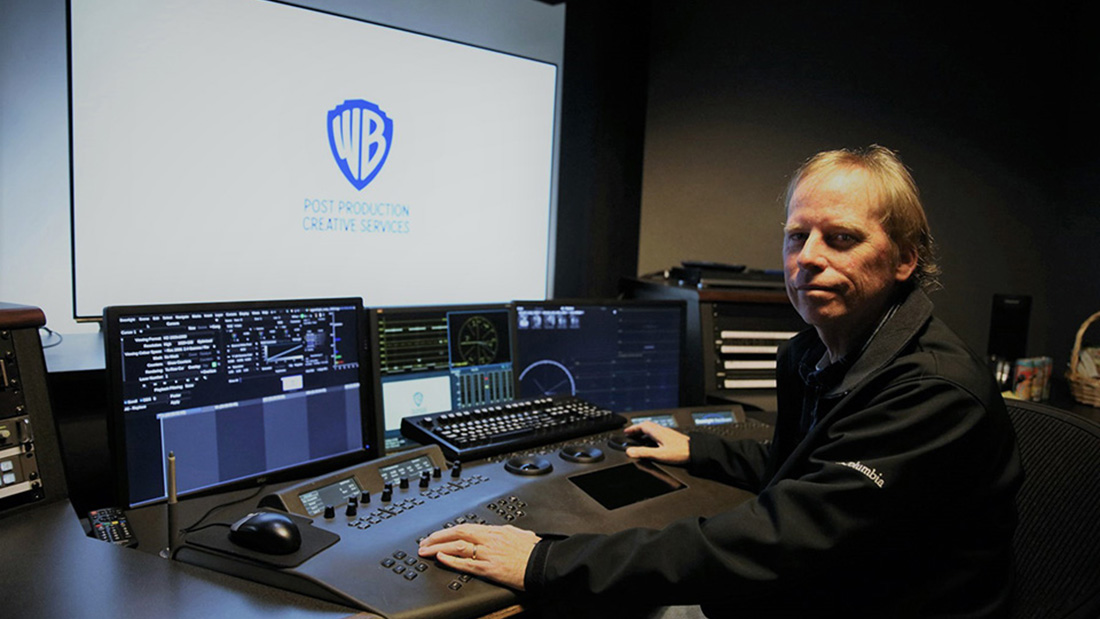 Working as a colorist for over 25 years, Doug Drake has extensive experience in Feature and Episodic restoration & mastering. He attended the University of Florida and later received a Bachelor’s degree in Media Arts from the University of South Carolina. Doug began his career at Laser Pacific, and subsequently moved to Modern VideoFilm and then to NBCUniversal Studio Post. At NBCUniversal, he contributed his eye for color to the projects of multiple studio clients, including Criterion & IMAX. Throughout his career, Doug has applied his color-grading proficiency to scores of new features and classic titles for Warner Bros., New Line Cinema, Universal, MGM and Paramount. In 2018, Doug graded the award-winning restoration of Batman: The Animated Series.

Michael Eaves’career began as a Telecine Colorist in 1994. His color experience includes commercials, music videos, episodic television, animated series, and feature films. Michael was credited with the distinction of being the first colorist to complete a full-feature Digital Intermediate on the Lustre grading system. In the earlier years of his career, Eaves worked at EFILM in Hollywood, where he performed his first-class color grading work on nearly 4 dozen feature films. In 2018, he came to Warner Bros. Motion Picture Imaging where has become a highly esteemed member of the team. 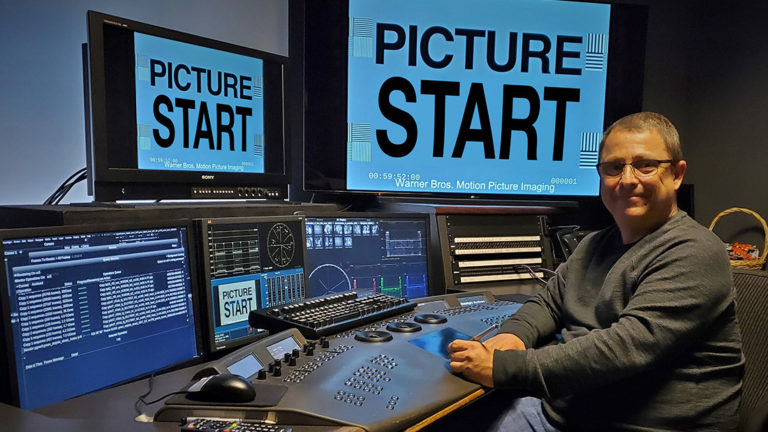 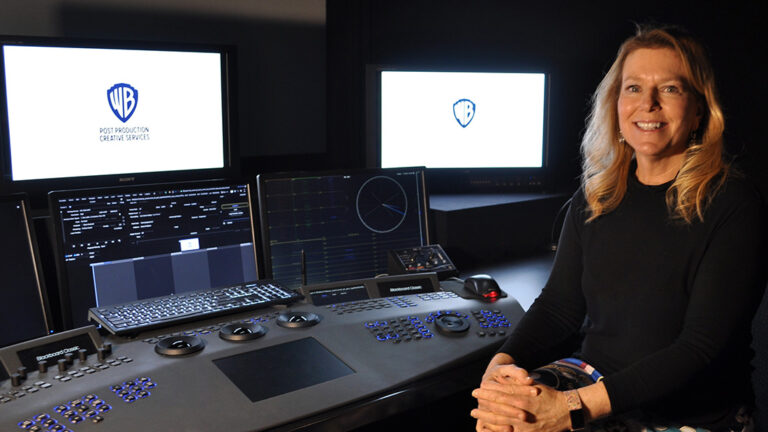 Dan Hermelin has many years of experience as a colorist and a robust portfolio of episodic television, TV movies, features, commercials, and music videos. Applying his highly developed color-grading abilities, Dan works alongside filmmakers to bring their creative visions to fruition. He derives great satisfaction from the work he has performed on recent restorations of some of the world’s most beloved features and television shows, including classics from the Warner Archives and the current Nickelodeon animated series Teenage Mutant Ninja Turtles and Santiago of the Seas. Dan is also a member of the Motion Picture Editor’s Guild. 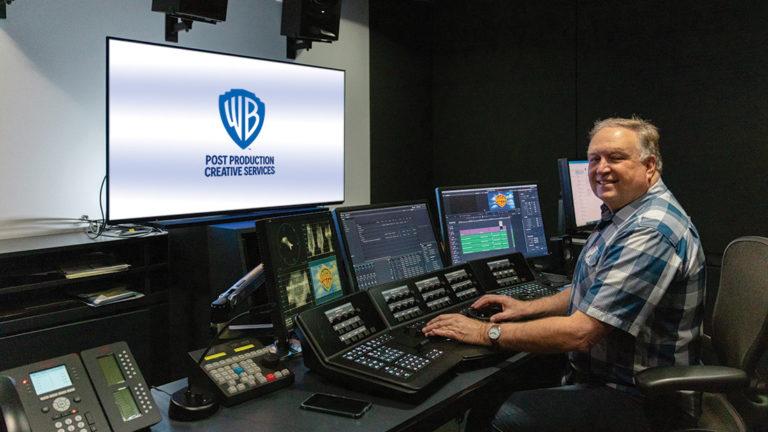 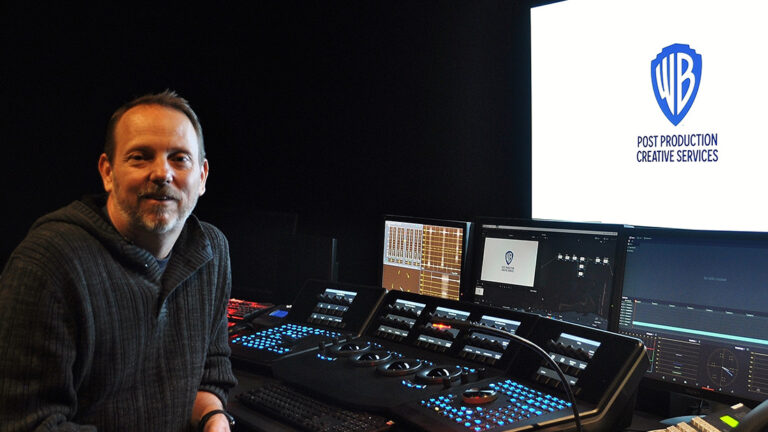 Darin Wooldridge joined MPI in 2022 as a colorist following a decades-long career of grading both features and episodic projects at 4MC, Technicolor, Universal, Hula Post, and most recently Headquarters Post. He has applied his color talents to a myriad of the most acclaimed movies and television shows of the decade including Avengers: Age of Ultron, Us, Pitch Perfect, PEN15 (TV Series), Split, My Big Fat Greek Wedding 2, and Captain America: Civil War. After beginning his career at Laser Edit in the tape vault, Darin’s post production journey led to him working with some of the top creative talents in movies and television. In recent years, he has been on the forefront of the industry’s transition to HDR color grading – moving seamlessly between different color environments for the projects that require it. “Working with the MPI team on the Warner Bros. lot is a career highlight for me and I am honored to be part of such a talented group of industry professionals, using the latest tools, giving the client the best possible product.

Colorist Jan Yarbrough is one of the preeminent talents working in the industry today and is instrumental in the continuing success of the facility. He artfully applies his colorist knowledge and skill to actualize and bring to life the filmmakers’ vision for their cinematic projects. Prior to joining Warner Bros., Yarbrough graduated from the University of Southern California with a B.A. in Cinema Production. He spent twelve years at AME and then moved on to Chief Operating Officer at Four Media Company. Jan is also a member of the American Society of Cinematographers, a Life Member of the Society of Motion Picture and Television Engineers, and BKSTS. 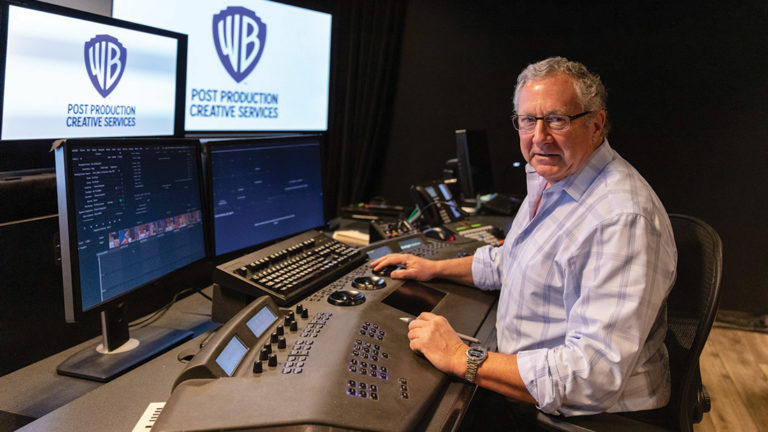 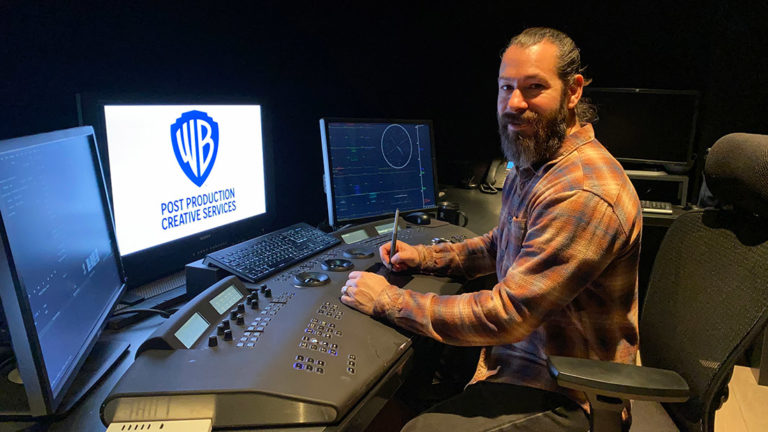 Leo joined MPI in 2006, and over the years has become an integral member of the color & editorial team by adding his creative talent and technical expertise via Filmlight’s Baselight on numerous features, episodic, and trailers. Some of his recent work include Scoob!, The Last Summer, Tom & Jerry, and Sergio. Leo Ferrini started in the Entertainment industry in 2002 at Panavision as a Marketing Assistant and has a Bachelor’s in television production from Loyola Marymount University.

After joining the MPI team in 2015, Chris established himself as a key contributor to the growth of our Digital Intermediate dept. by bringing his extensive experience and talent with Baselight and DaVinci Resolve to conform, visual effects and optical work on features such as Storks, Tag, Nancy Drew and the Hidden Staircase, Smallfoot, and The Last Summer.  Chris is well-versed in the technical and artistic facets of the editorial & color process and was recently part of the team performing the 4K HDR re-mastering work on the Babylon 5 series. He previously spent three years at The Mill as a Color Assistant gaining valuable color science experience working on feature films, music videos, and top-tier commercial campaigns. 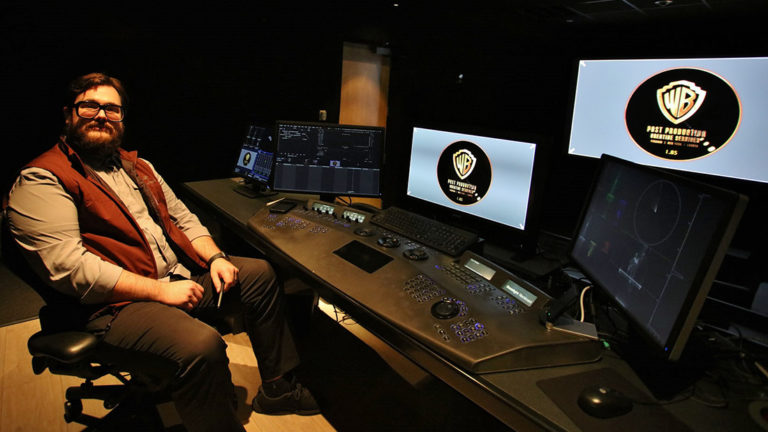 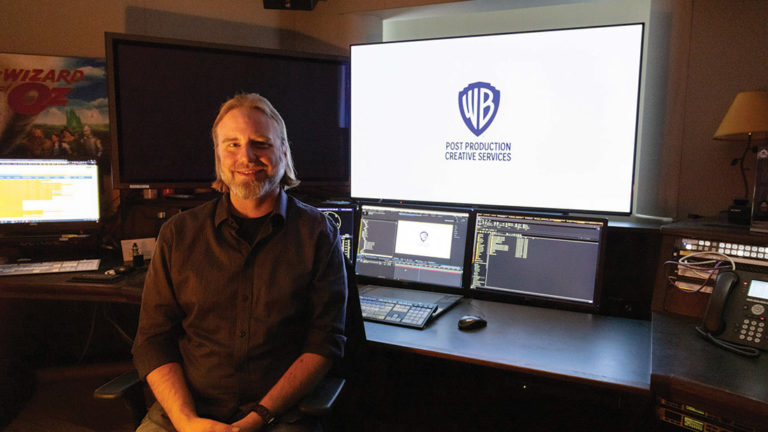 Michael Moser is a Graphics and VFX Artist for Warner Bros. Motion Picture Imaging. After graduating from Full Sail University in 2001 with a degree in Film and Video, he moved to Hawaii where he traveled the world as an Video Editor and After Effects artist.

A few years later he came back to the mainland and scored a dream job working on the television show LOST at Encore Hollywood. Skilled work at Level 3 Post and 20th Century Fox led him to Warner Bros. where he has helped lead the GFX team into the successful department it is today. He loves when his day is filled with new challenges and growth. For him, getting to work on film masterpieces that he enjoyed in his youth and then being able to leave them looking better than WB found them is what it’s all about.

A Post Production veteran, Richie started his career in 1980 working at the Alan Landsburg Company, one of the originators of “reality TV”. He navigated the changes of an ever-evolving post production world, from 3/4” offline editing and 1” quad reel to reel online, to 4k, nonlinear VFX and finishing. He prides himself in keeping his skills up to date with emerging technologies. He started working on Discreet Logic Flame since 1997, and all of the many versions to follow. Richie has worked on countless television series, specials, miniseries, and MOWs. Working for all major studios and networks, he has a reputation for delivering excellent work on time and has strong long-lasting client relationships. 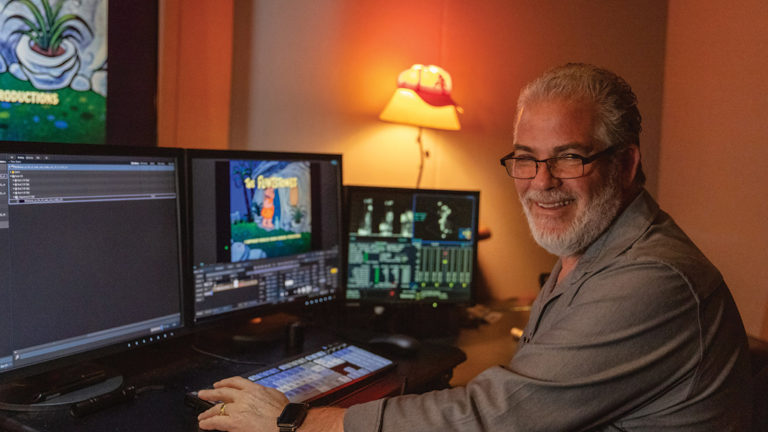